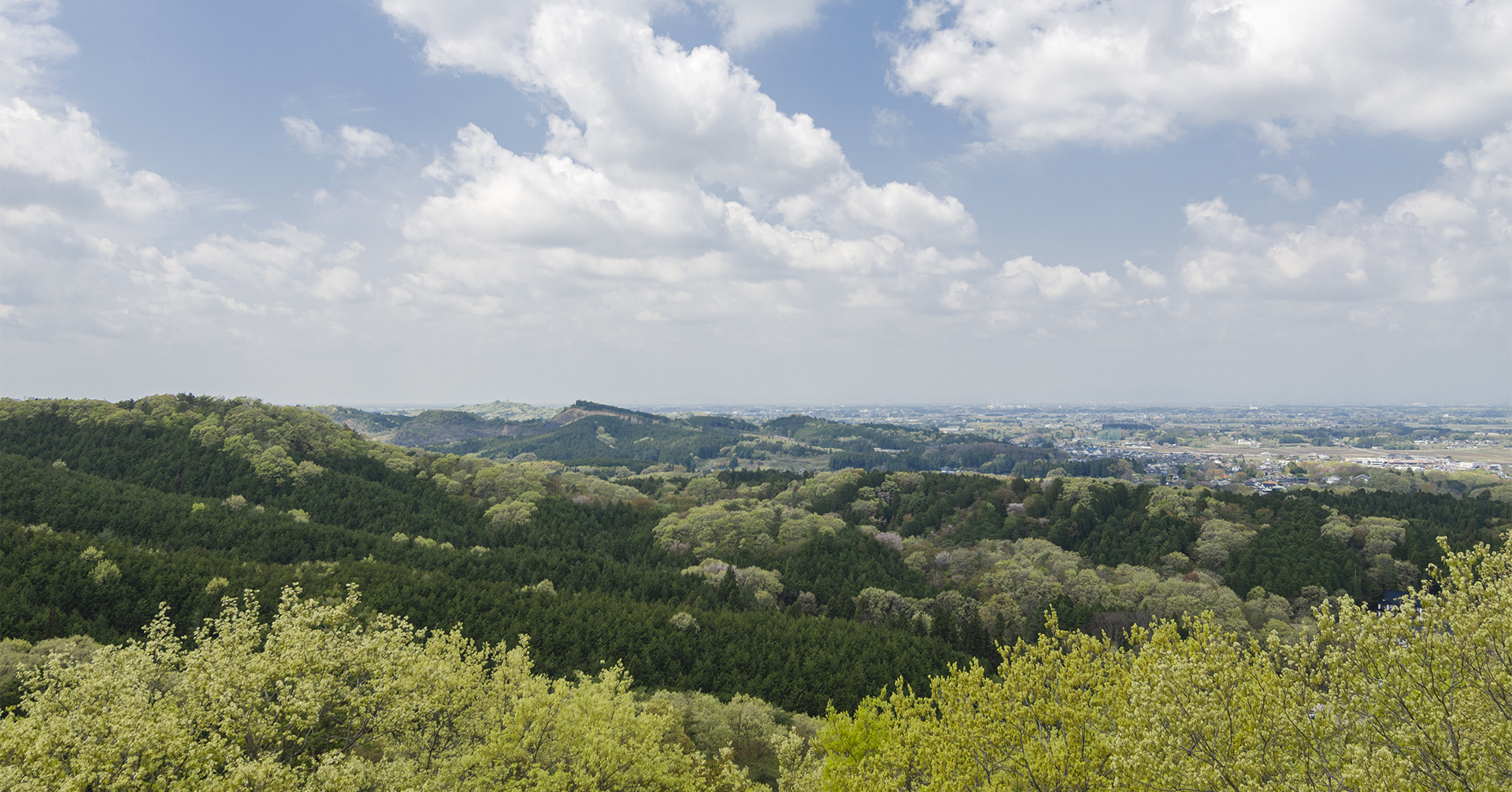 There are yearly events and historical buildings in Mashiko Town related to Mashiko Pottery, such as “Mashiko Pottery Fair” held twice a year and “Mashiko Sanko-kan” which was renovated atelier and home of the living national treasure Shoji Hamada. There are also facilities where you can enjoy the nature and local foods of Mashiko. Mashiko is a tourist spot that can be enjoyed by the whole family. 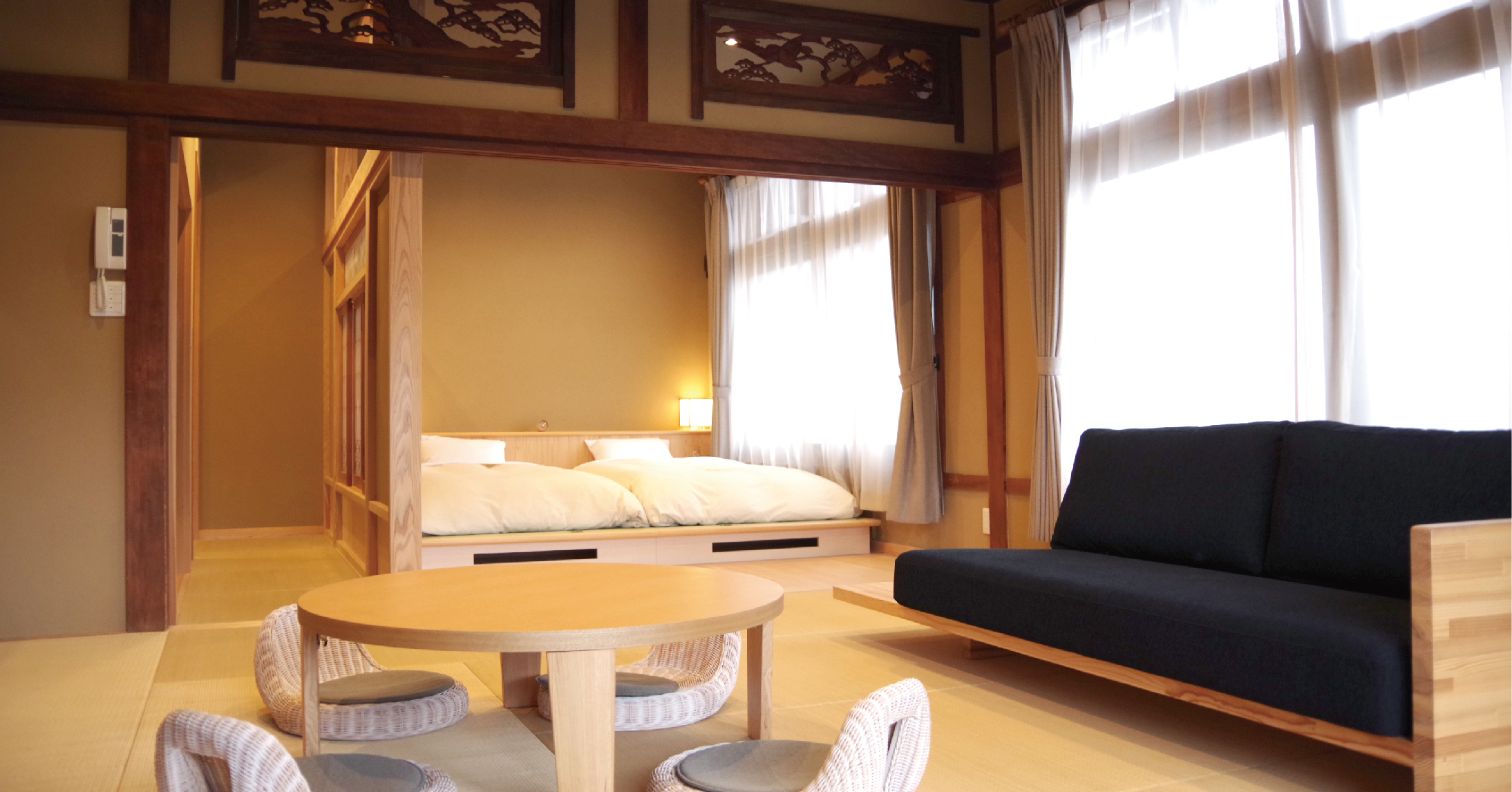 Masuko Yuwakan (formerly Nanmaso Hotel Annex) was founded in 1882, and was the building where the current retired emperor stayed during the evacuation of schoolchildren during the crown prince era. The space called "Gozasho" where he heard the announcement of the "Imperial Decree of end of war" at that time remained in the building. Yuwakan has become Japanese registered tangible cultural property, and the "Peace Gallery" which is open to the public, displays valuable books, newspapers, photographs etc of that time along with explanations.  It has been opened since February 22, 2020 as a five-room accommodation facility.

The Mashiko Fair has been held each year since 1966 and selected as one of '100 most beautiful festivals in Tochigi Prefecture'. This fair is open twice a year, in spring and fall About 400,000 people in spring and 200,000 in fall visit Mashiko to enjoy this fair. This has become one of the greatest events in the town. Many small items used in our daily life in Japan such as teacups, chopstick rests and plates, and also art works such as pots and vases, are sold at special discounted prices at the fair. Agricultural products, such as locally grown food is also a popular attraction at this event. 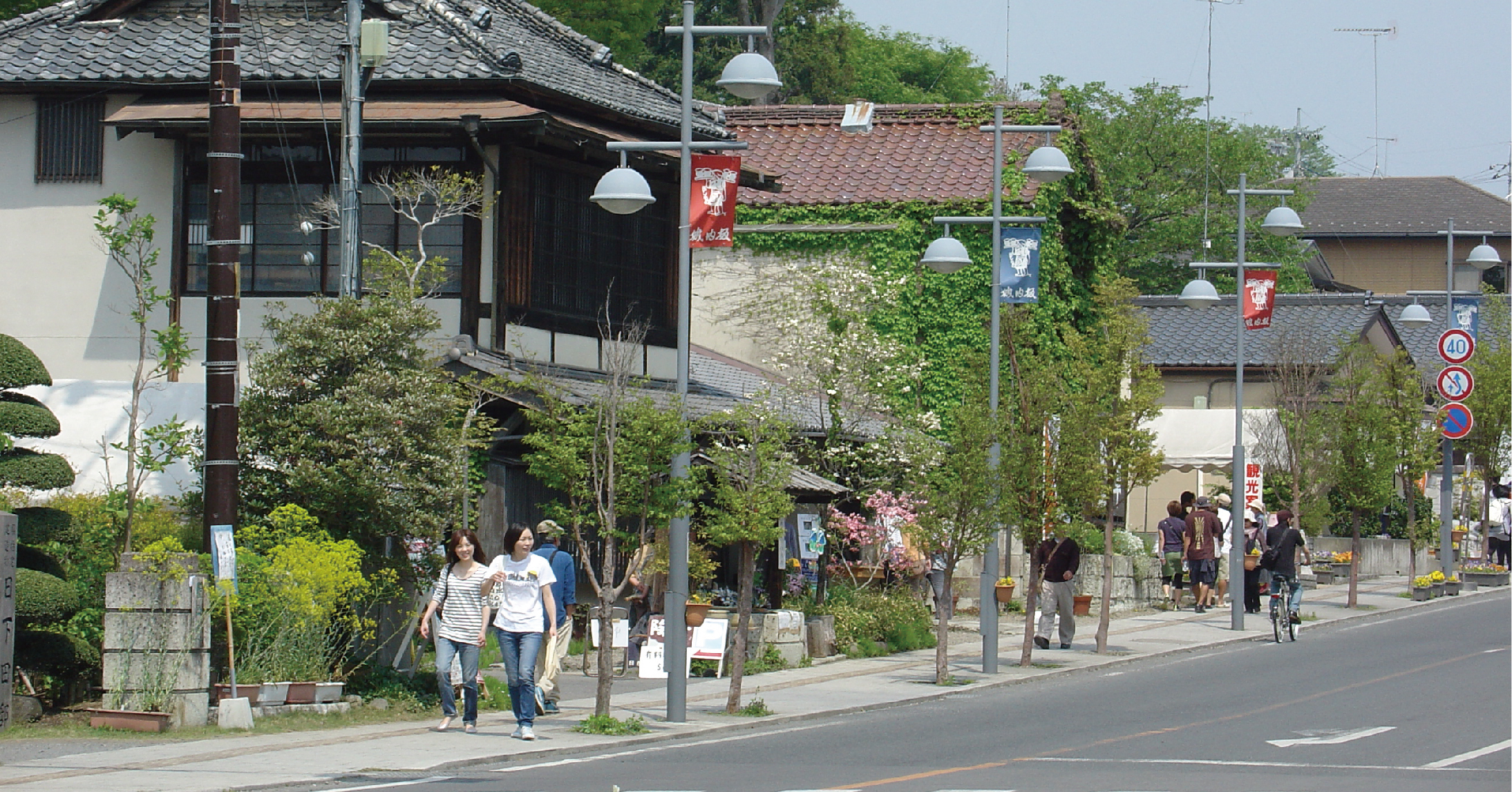 About 30 ceramics shops are found on this street. Pottery placed in the doorsteps of these shops is simple and a delight to the eyes of those who come to this street. Wide footpaths and public restrooms make this a comfortable place to visit. 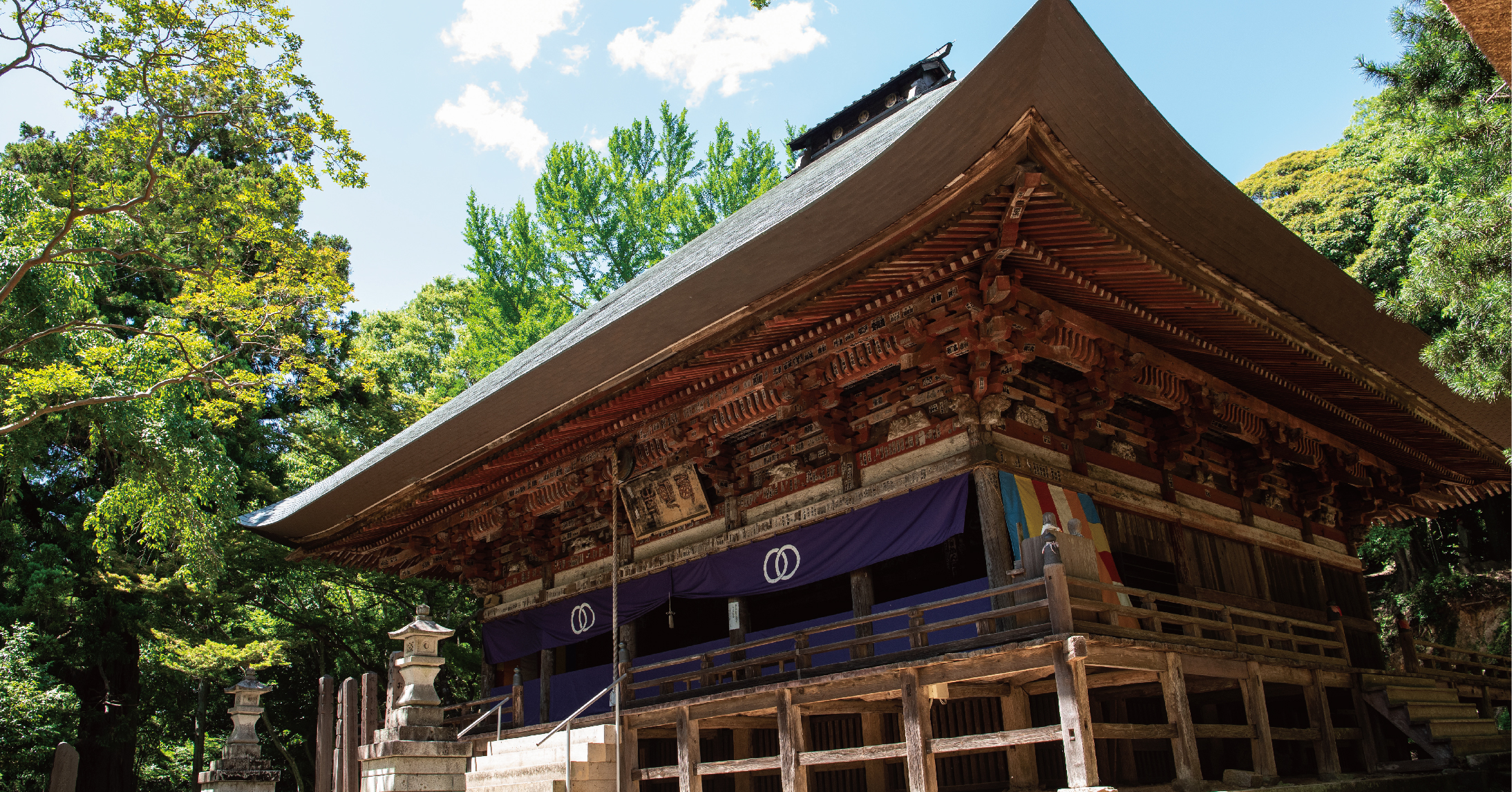 When you climb the stone steps up the hill, you will see the Rou Gate to his temple, a three-storied pagoda and a large copper bell on your left. The rare smiling King Emma in Japan will be on your right. Beyond the Rou Gate the main temple rises ahead at the back of the site. The Rou Gate, the three-storied pagoda, and the Zushi, or miniature shrine in the temple are all designated as Japanese Important and Cultural Properties. 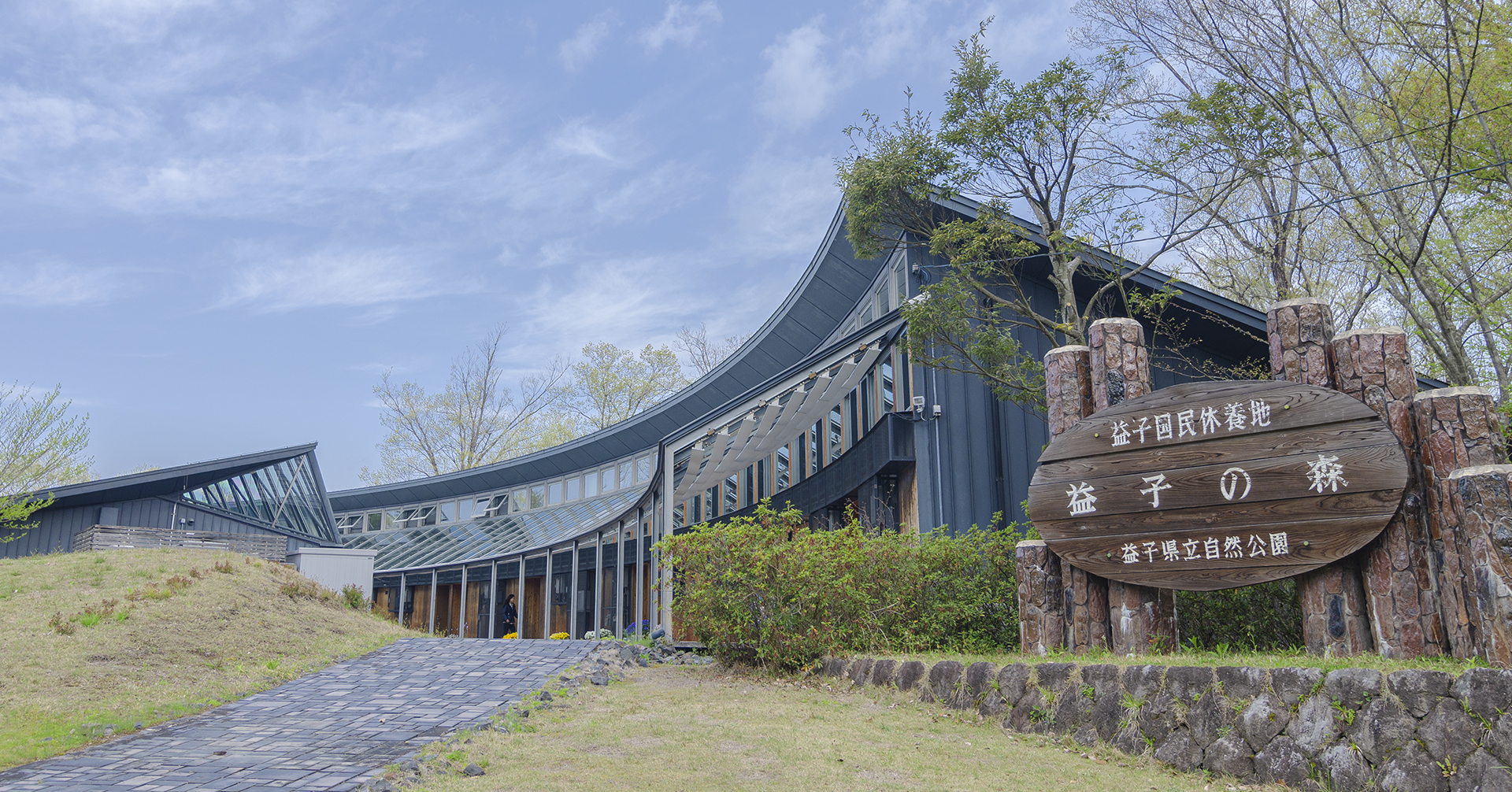 This forest is about 31 hectares in area on the gentle hill in the mountain village, which is covered with deciduous, conifer and broad-leaf trees such as red pine trees, konaras, chestnuts and wild cherry blossoms. There is also a facility called 'Forest Inn Mashiko', which has restrooms, overnight accommodations, a restaurant and an observatory equipped with one of the largest refracting telescope with an SD lens. 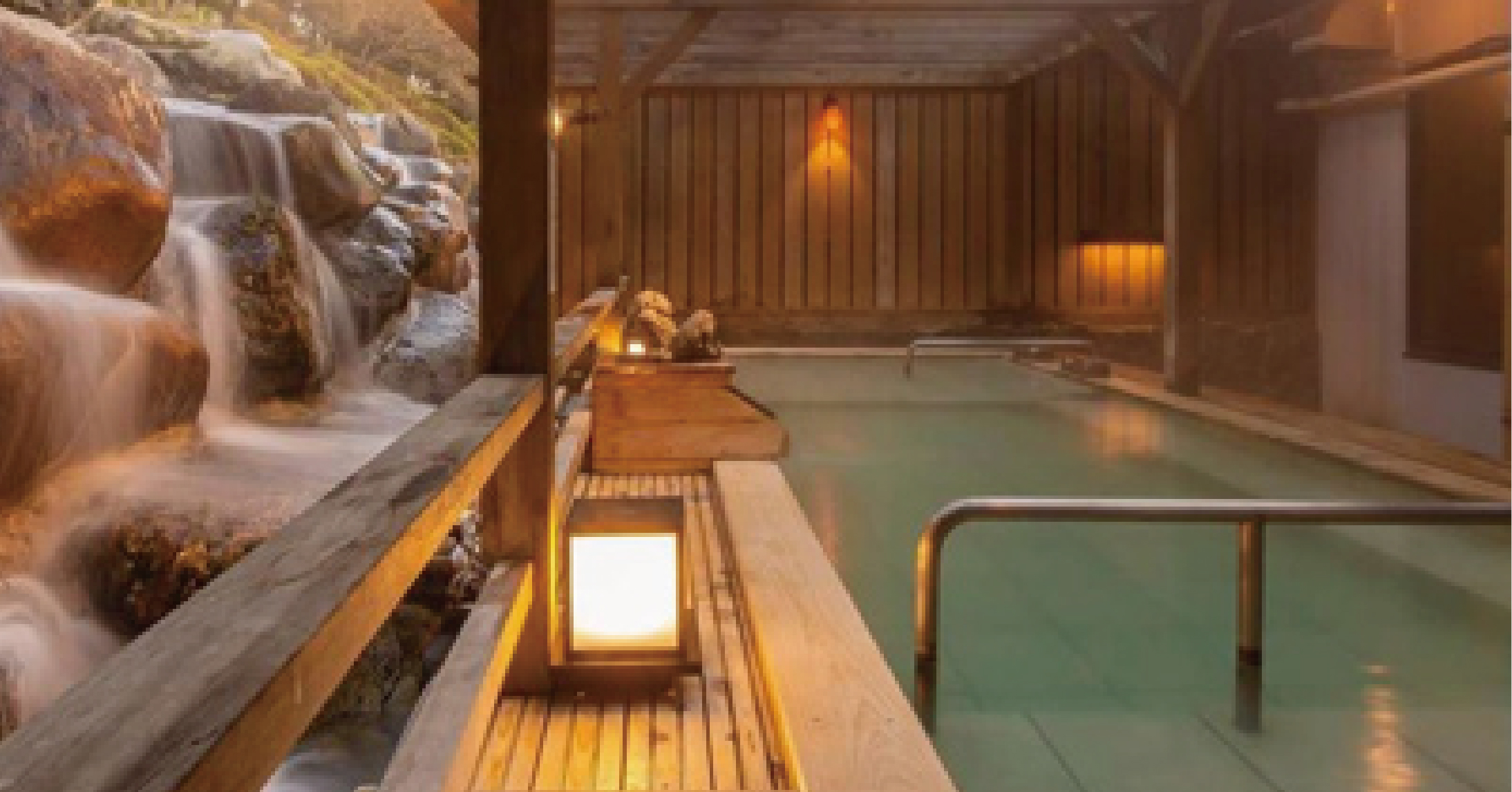 A hot spring Ryokan located in a quiet village forest.  You can spend a relaxing time away from the hustle and bustle of everyday life. They provide beautiful foods using the ingredients and vegetables grown by the local producers and an open-air bath where you can enjoy the nature of untouched Japanese countryside. 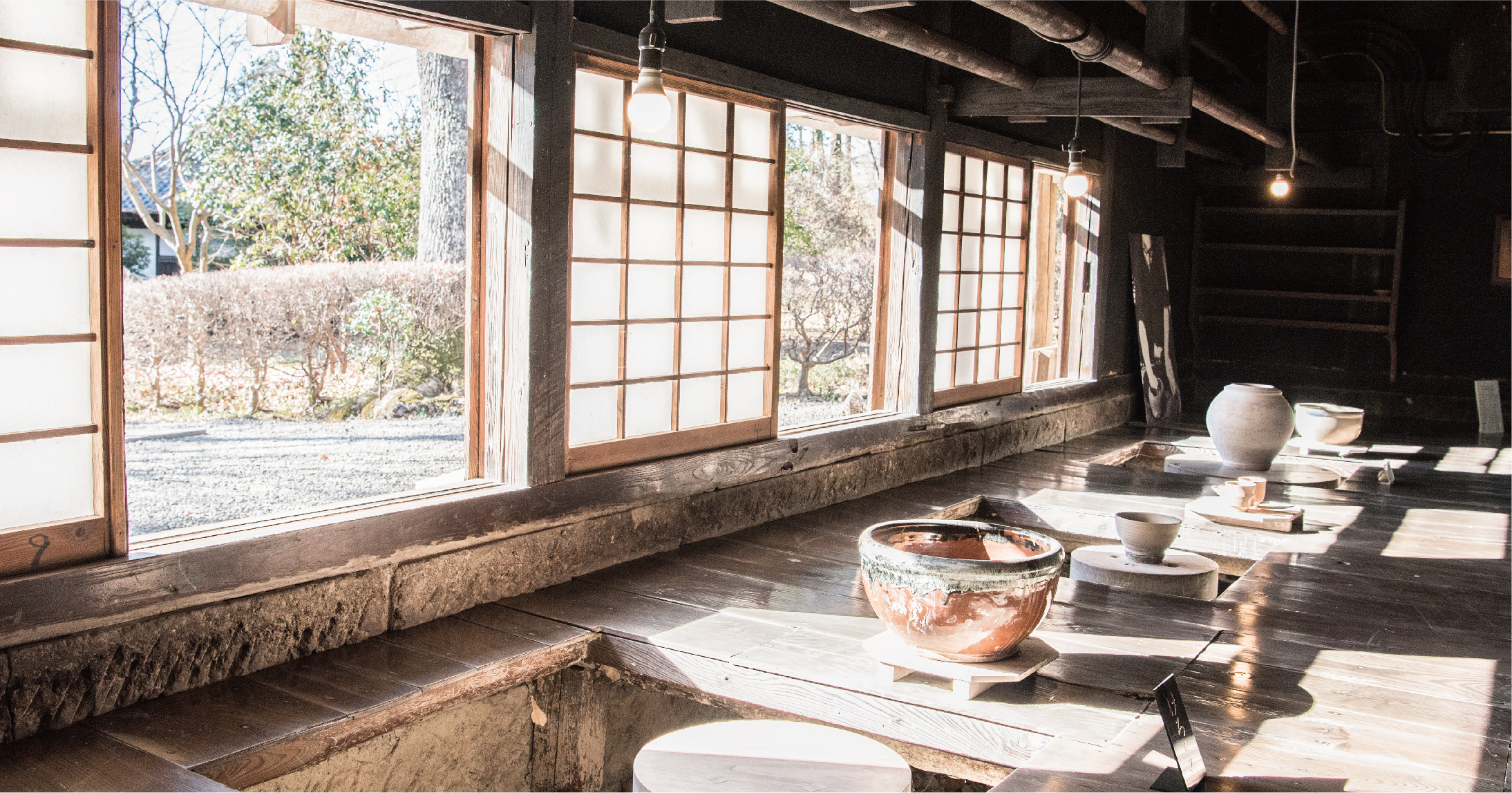 The museum features the pottery artist, the Late Shoji Hamada as well as the craft works of his collections from foreign countries. 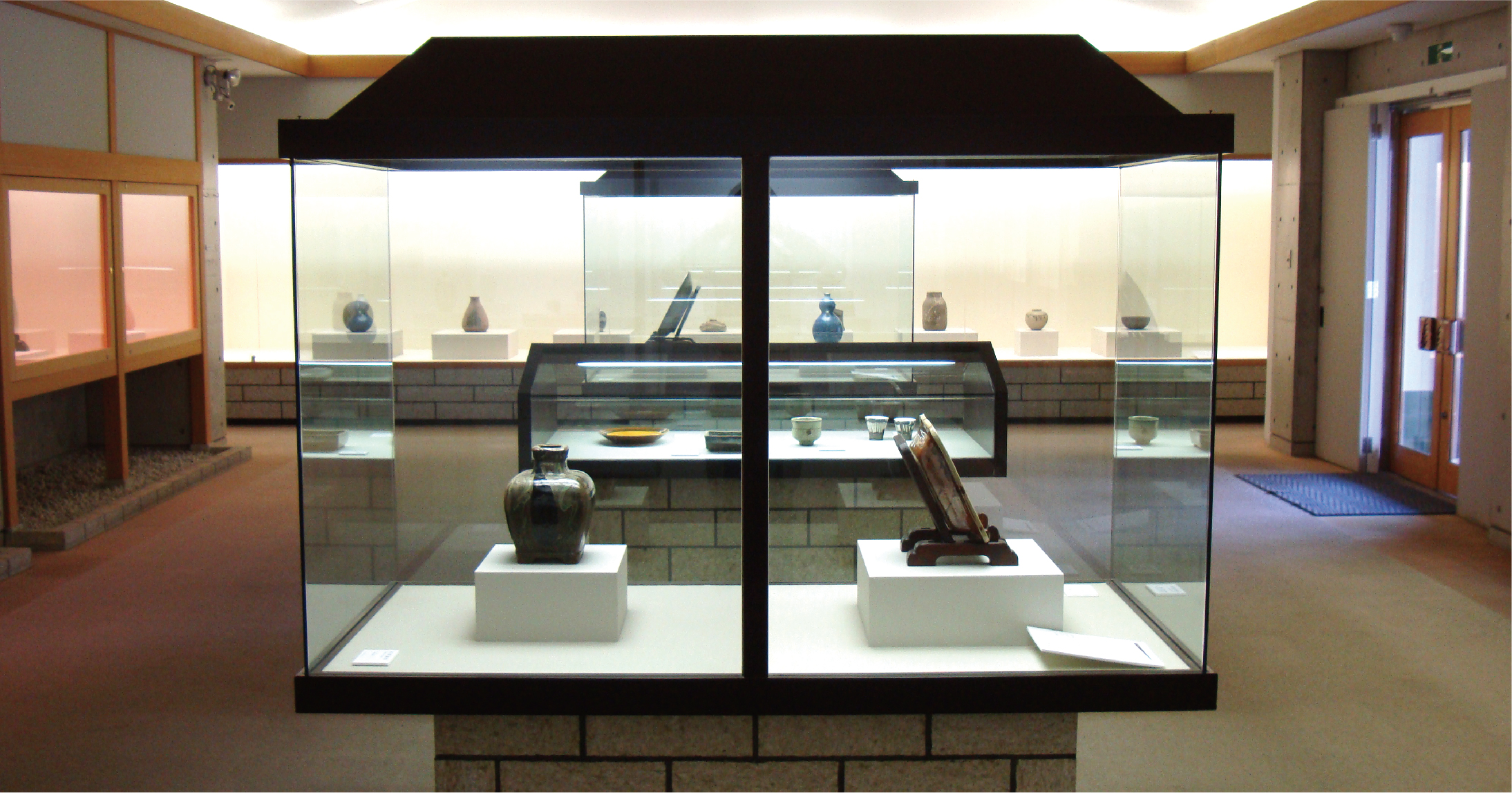 Togei Messe in Mashiko is on the hill called 'Pottery Hill' located at the north of the Jonai-zaka Street. In the museum you can see many works of the late Shoji Hamada, who was designated as a Living National Treasure. There are also other excellent exhibits produced by other potters living in Mashiko. Shoji Hamada's former residence has been relocated on the premises in front of the museum. The climbing kiln, which he used regularly, has been restored and relocated to the site. 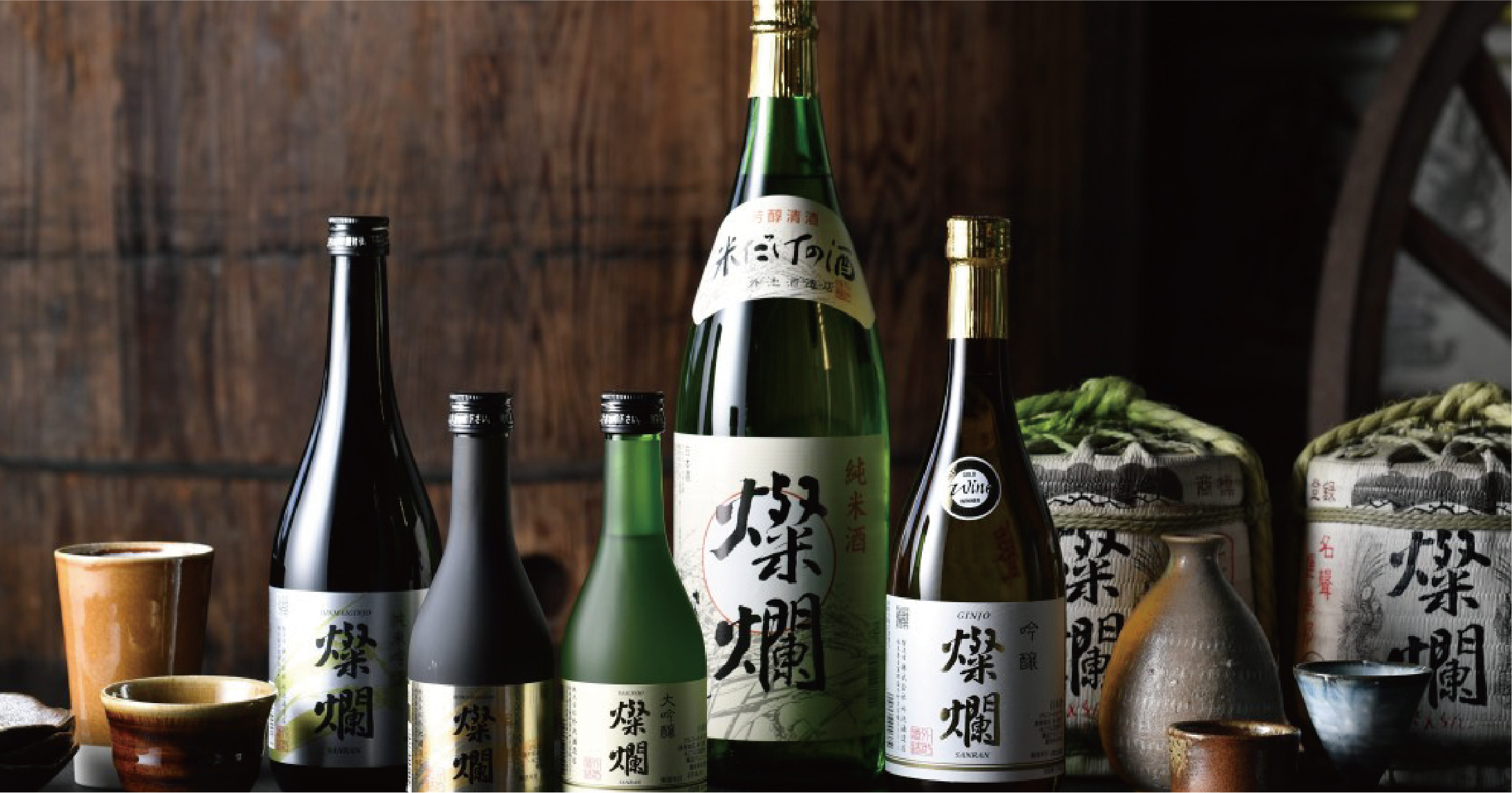 As the only sake brewery in Mashiko town, founded in 1937, Tonoike continue to maintain our unchanging passion, handcrafted and sake brewery.  "SANRAN", a flagship brand of Tonoike Sake Brewery, has received many awards at domestic appraisals together with high praise in overseas. 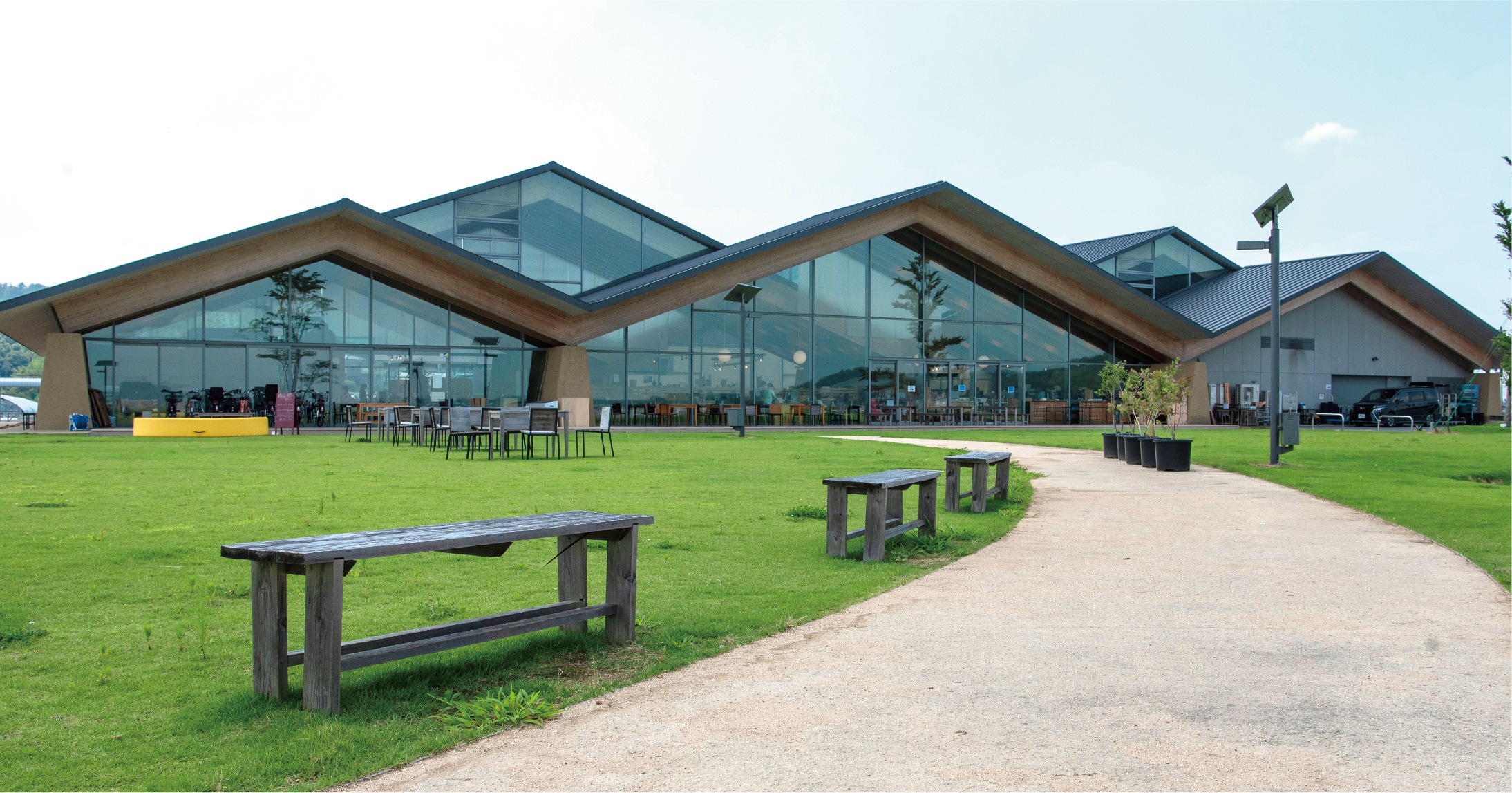 This facility is owned and operated by Mashiko-town. "Mashiko Marche'' that sells products such as fresh local agricultural products, processed goods, and crafts grown on Mashiko's land. Here you can find a restaurant called "Mashiko Gohan" where you can enjoy the delicious vegetables of the day, including set meals. There is a "concierge" where you can consult about migration to Mashiko and also ask tourist information about the town.  They also conduct special exhibitions/workshops and open space rentals.